Manifesta 14 Prishtina has presented today the urban vision of this edition, which is how public space can be reclaimed by its citizens. It has also been announced that Chatherine Nichols will be the creative mediator of the 14th edition of the Manifesta.

The urban vision created for Manifesta 14 Prishtina by CRA-Carlo Ratti Associati has laid the foundation which will lead to the implementation of a sustainable and experimental 100-day biennial program in Prishtina and the region.

The Brick Factory and the space around the Library "Hivzi Sylejmani" will be the first spaces in which will be intervened within this edition of the Manifesto.

The event was attended by the Minister of Culture, Youth and Sports, Hajrullah Çeku, who said that Kosovo is getting ready for important changes in culture.

Ceku said that the ministry he leads is dedicated to supporting the activities of the Manifesto and the entire artistic community of Kosovo, to jointly benefit from mutual cooperation.

"The manifesto as one of the most creative and alternative platforms of the biennial format takes place very naturally in the cultural environment of Kosovo. The manifesto also comes in this period of development in Kosovo, the artistic community and the whole ecosystem of culture is ready for change and long-term impact. This is where the cooperation comes into play, which should be until the exhaustion of any capacity offered by this platform of the Manifesto that will undoubtedly serve the culture in our country. This cooperation will contribute to the redefinition, reconceptualization, experimentation of all local artistic capacities at a much wider level in the region and beyond. This is also a moment to see the changes in the way we organize cultural space and how we organize culture in time. The manifesto provides conditions to test new models of spatial planning in culture. "Here now we all have a unique opportunity to experiment in public space, to redefine its usability, but more importantly to return public space to the public of Kosovo," he said.

Meanwhile, the mayor of Pristina, Shpend Ahmeti, said that the main issue was how to preserve and retrieve public spaces, as there was a message for the new mayor of the capital to protect what is left of public space.

"Can we use art and education for the regeneration of urban spaces, how can we use these projects and I see many candidates for the elections in Pristina that will be a cultural education, it is not about the private house, but a public space to be used by the public. Second, it is one of the poorest neighborhoods in Prishtina, the poorest areas and through this project can we bridge this gap between the richest areas of Prishtina and that area, so what is the impact that project would have . Third, was whether we could use the cultural heritage, it is understood that it is an ongoing war with the current Minister of Culture, because he has made it one of his priorities and this is a cultural heritage because no one would overthrow the two chimneys, is the identity of Prishtina we have seen in almost every postcard, how we will preserve the cultural heritage in this city. We thought that these three questions would be used as a standard for all other areas of the city or how we would fight for public spaces, how we would protect the history of Prishtina ", said Ahmeti.

The founding director of Manifesta, Hedvig Fijen, said that the urban vision of this edition of Manifesta 14 is how Prishtina can be transformed into a green and sustainable city.

"Our hope is based on the possibility that this urban vision of Carlo Ratti can be used as a guide for how the city of Pristina can be transformed in the next decade into a safe, green, clean, sustainable city," he said. she.

Meanwhile, Carlo Ratti, from CRD-Carlo Ratti Associati, presented some of the work they have done during the last six months in Prishtina.

"Finding new ways to analyze the environment in Pristina and as it was said is a way to engage people, something we have worked hard on the concept of architecture, in this case we present to you something that we think would be interesting. Prishtina will become a model for other cities as an urban resource. "This is a sound logic, the return of public spaces in Pristina", he said.

On the other hand, the Creative Mediator of Manifesta 14 Chatherine Nichols, has shown the proposals for public spaces in the capital of Kosovo for what they could be used. 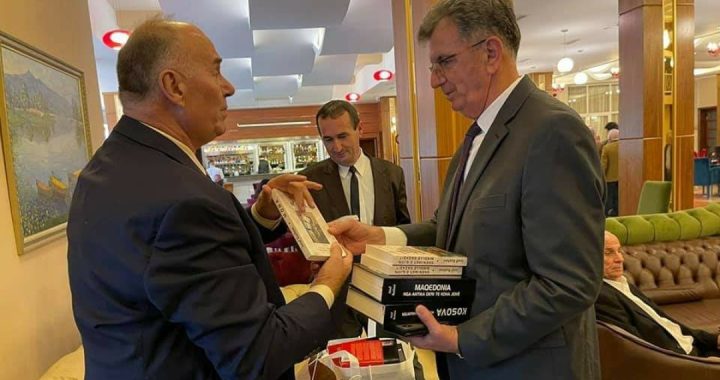 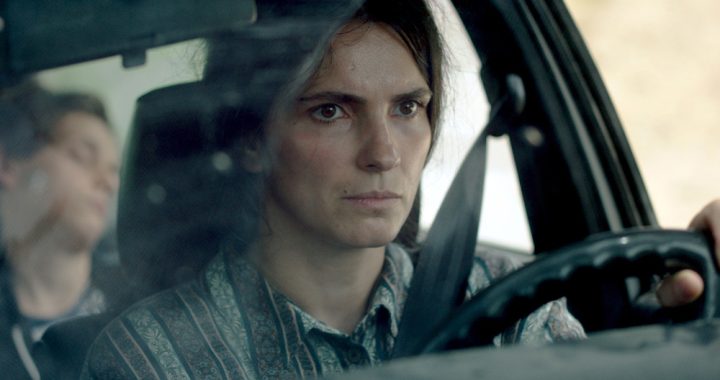 "Zgjoi" is awarded in France with the 13th international award 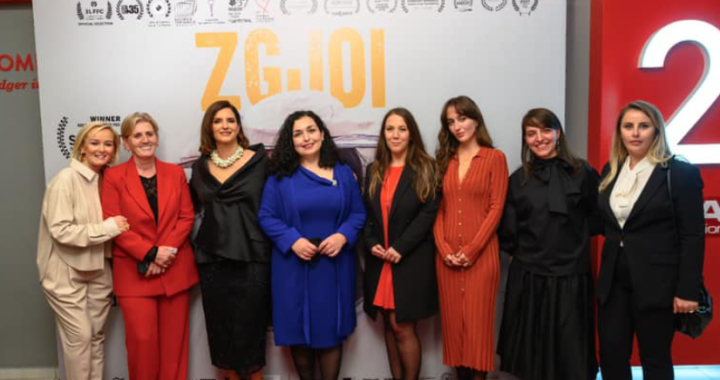 Osmani: Through the film, filmmakers are telling the story of Kosovo 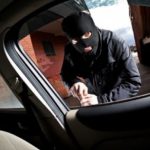 He was caught stealing in a "BMW", the 38-year-old was arrested 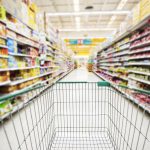 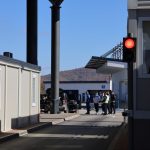 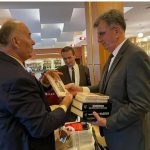 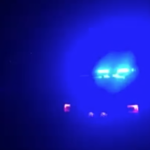