Kosovo Police announced today that during the period January-September of this year, 5 thousand 556 drivers were banned from driving a motor vehicle, while 13 thousand 532 drivers were given negative points.

Furthermore, the Police has appealed to respect the rules in road traffic, since according to them otherwise you can be left without a driver's license! /21Media 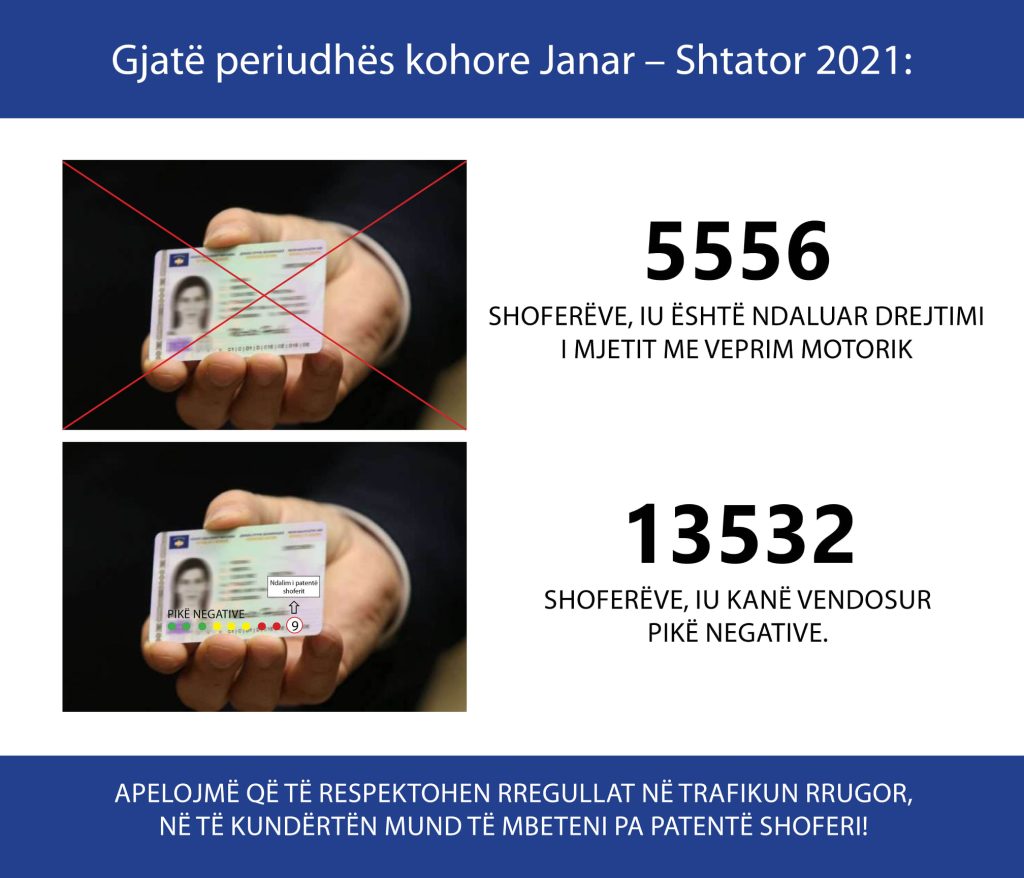