The Head of the PDK Parliamentary Group, Abelard Tahiri, held a press conference today, regarding the PDK's position on holding a Serbian referendum within the territory of the Republic of Kosovo.

Tahiri said that PDK is against holding a Serbian referendum in Kosovo, but, nevertheless, as he said, the Government should have better coordination with EU countries and the US during this period.

"In this context, we have preceded and supported the approach to not allow the organization of this referendum. We would like the Government to have had a better coordination with the QUINT countries and especially with the United States of America in relation to this issue, because the request from the Republic of Serbia to the Republic of Kosovo through the OSCE, came in December. ”, said Tahiri.

He further said that during all this time we should see a diplomatic offensive of the Government and the President, in order to convince our partners that such a request violates the order, our constitutional order.

"Unfortunately, the government has decided not to do that. But despite this, this issue already has an epilogue. However, although we have a position of the government, the Government and the majority, have called for an extraordinary session for tomorrow, to raise this issue within the Assembly. "The Democratic Party of Kosovo sees the convening of this session as completely unnecessary and will not participate", said Tahiri.

"We have supported a principle that the government has pushed forward and we think it does not need to produce further debate. Therefore, we consider it unnecessary to hold such a session, which is an attempt to avoid responsibility on the part of the Government. ", he further added.

Tahiri has informed Prime Minister Kurti that the implementation of laws and decisions deriving from laws is the constitutional responsibility of the Government and not the Assembly.

In the end, he added that the Democratic Party of Kosovo respects the constitutional rights of all its citizens without distinction, as well as not violating our constitutional order and our state sovereignty.21Media 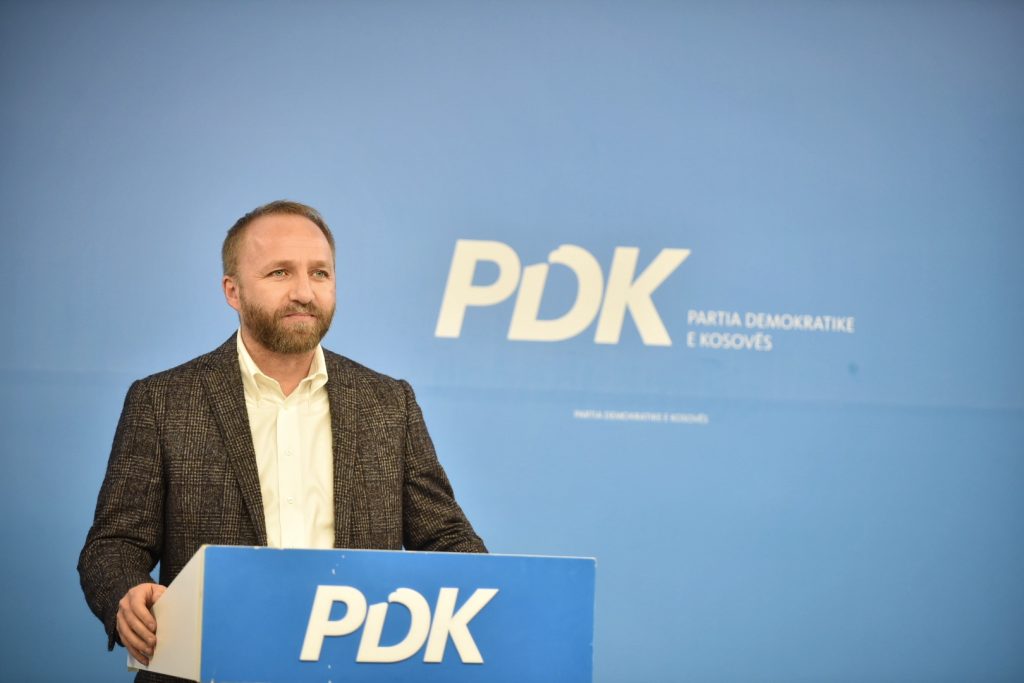