The President of Kosovo, Vjosa Osmani, has decreed with the rank of Major General and Inspector General in the KSF, Irfete Spahiu.

The first of the state has said that the KSF is constantly being strengthened and professionalized.

"Putting women in leadership positions will make our army stronger, more credible and more professional. I had the honor today to decree Brigadier General Irfete Spahiu with the rank of Major General and Inspector General in the KSF. It is the first time in the history of the state of Kosovo and our army that we have a woman major general in its hierarchy. "General Spahiu is one of the pillars of the KSF, so more should be done so that more women are included in the composition and leadership of the KSF", Osmani wrote on "Facebook" ./21Media 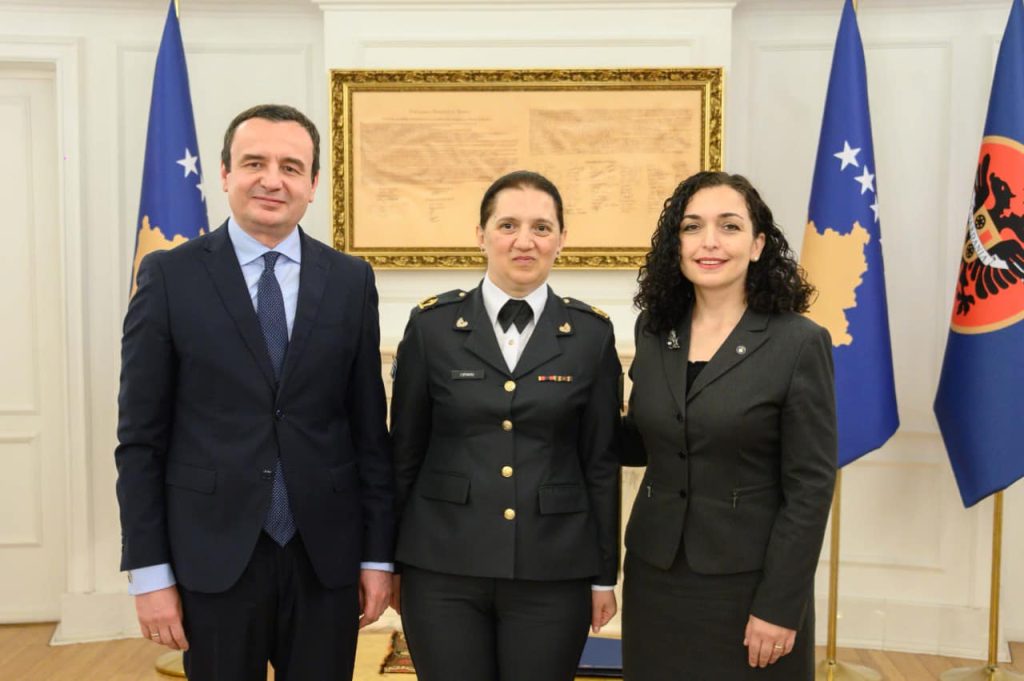 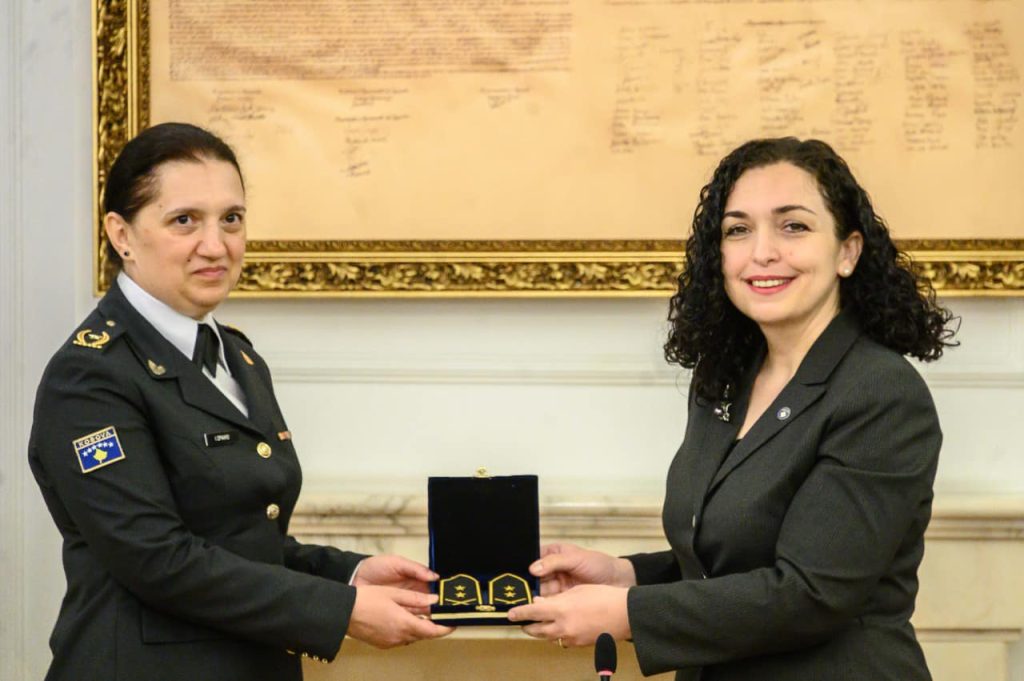 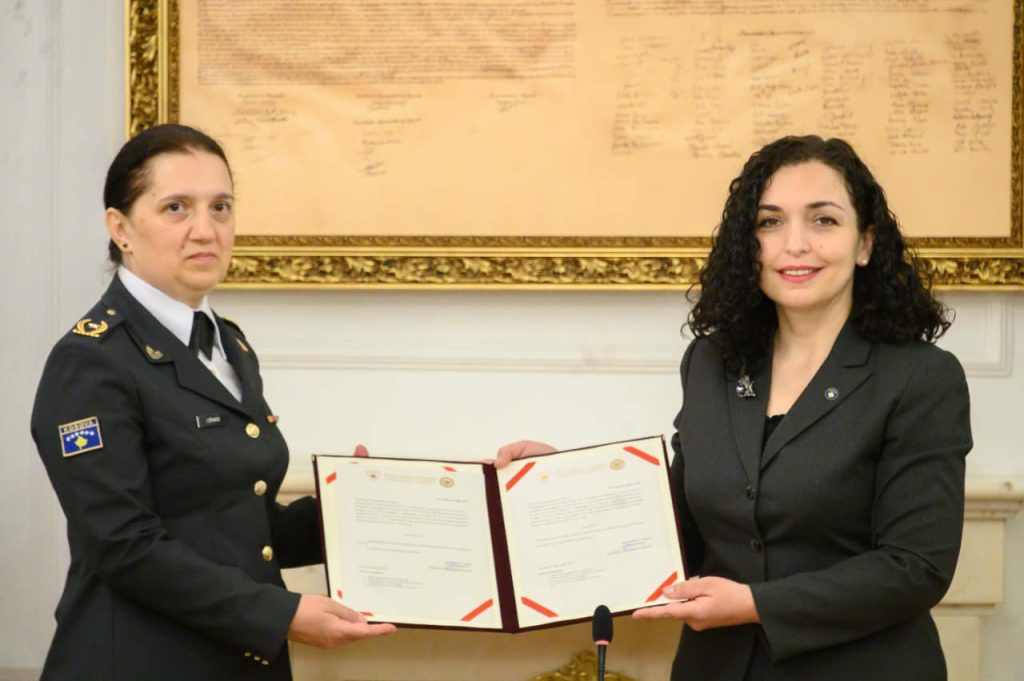