The Election Complaints and Appeals Panel has rejected the Vetëvendosje Movement's request for re-voting in several polling stations in Prishtina.

In the document possessed by the rtv21.tv portal, VV requested that the published result be canceled in 22 polling stations and that the CEC be ordered to organize a re-vote as a result of the difference between the turnout of voters and the ballots in the ballot boxes. In addition, VV requested a recount at a polling station in the village of Hoqë e Qytetit.

The ECAP said that regarding irregularities on election day, Lëvizja Vetëvendosje submitted its complaints after the legal deadline./ 21Media 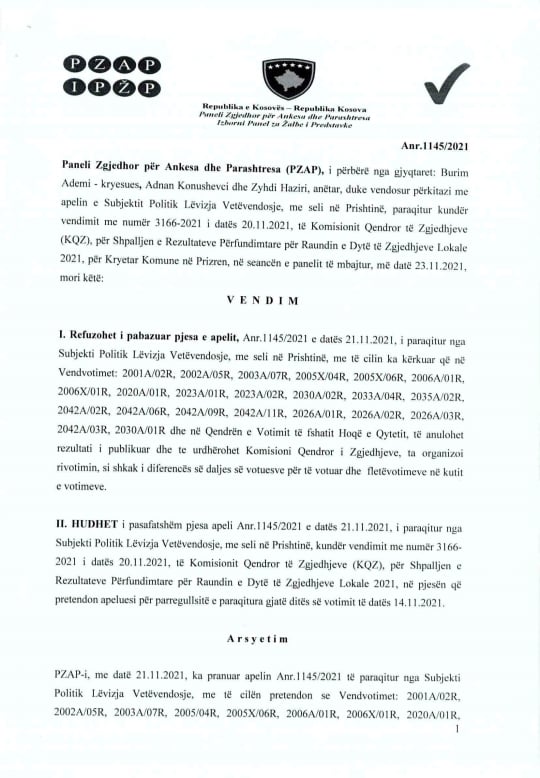 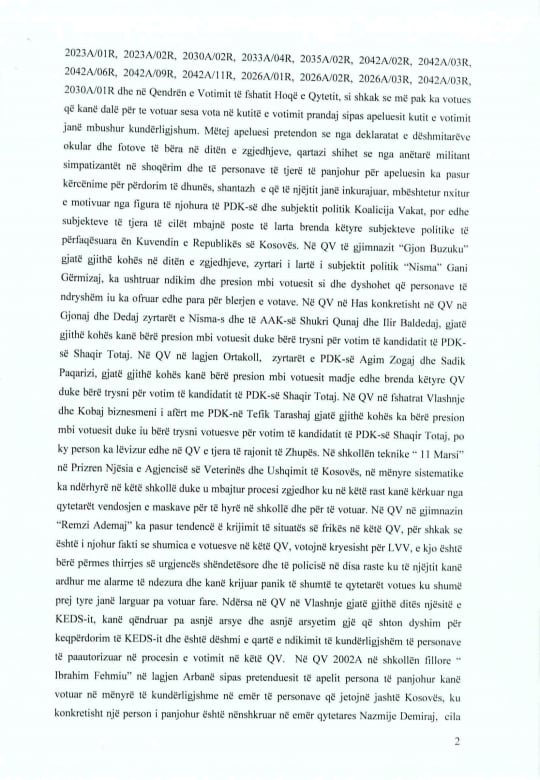 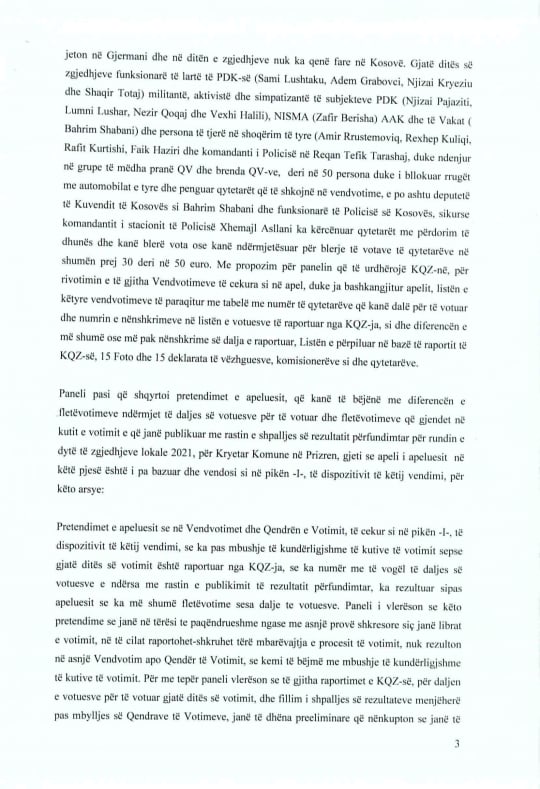 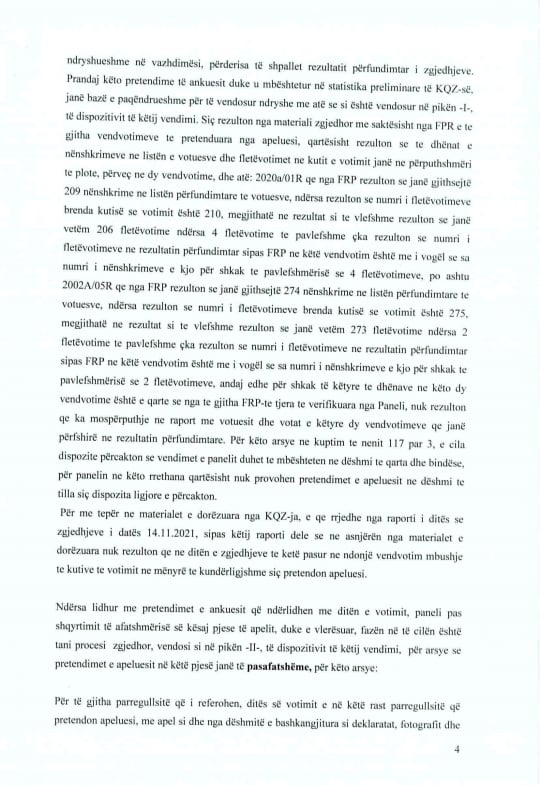 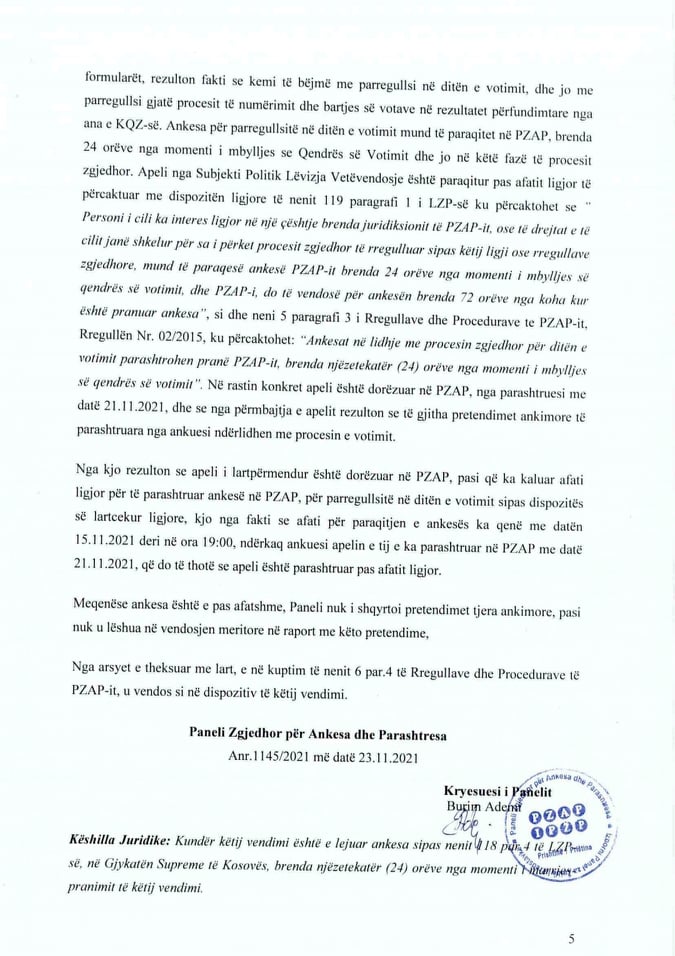