An armored van that spilled money sparked clashes and arrests by police on a U.S. highway Friday morning.

The videos on social media show people trying to get the dollars scattered in the streets, rtv21.tv reports.

The incident happened on Interstate 5 in San Diego County, California.

Police said the excitement that followed saw drivers abandon their vehicles and block traffic. Arrests were made, while others who put money in their pockets were asked to return them.

One of the doors of the armored vehicle opened on the street, causing bags of money to fall on the street and the money to be distributed.21Media 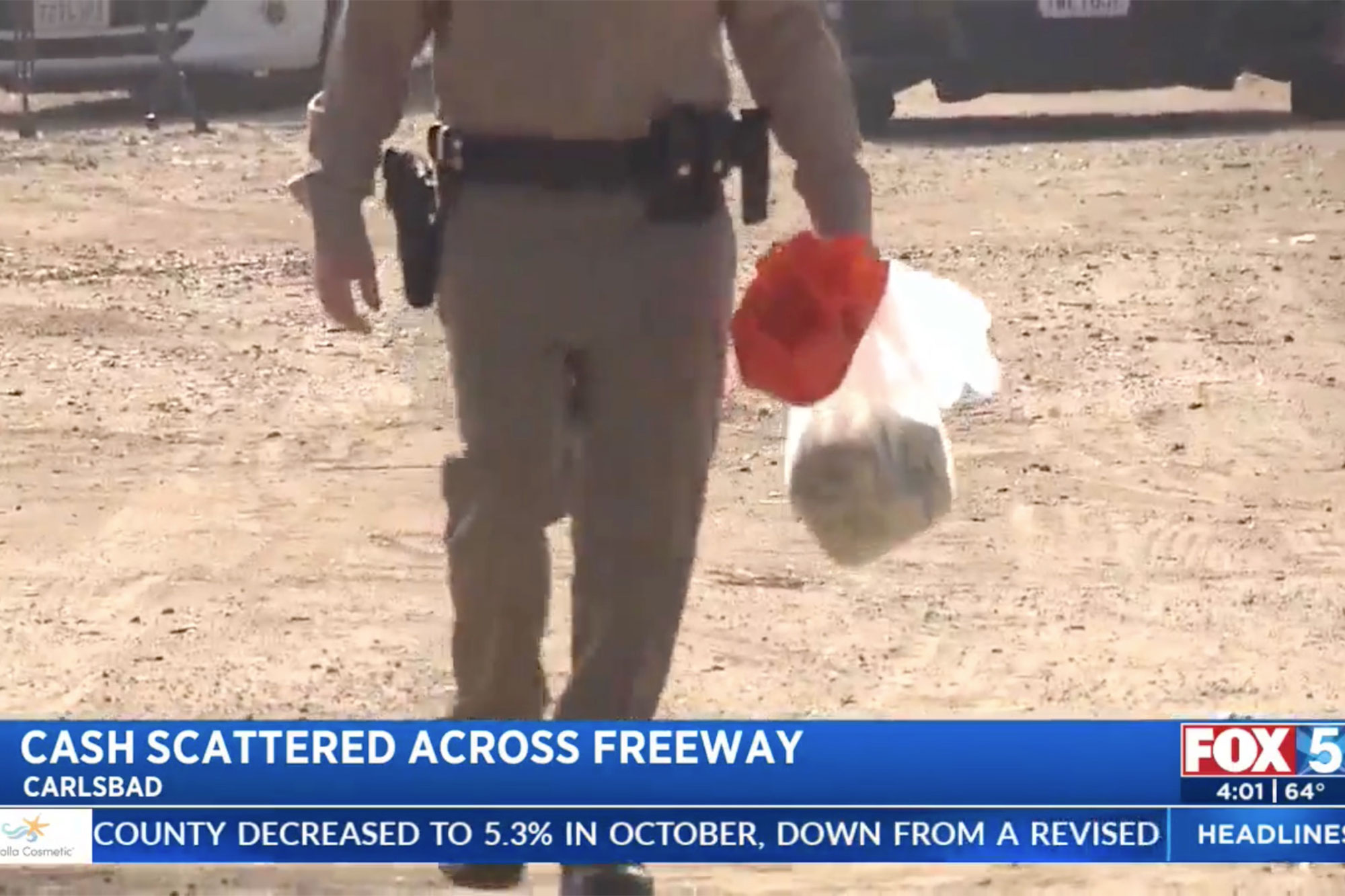